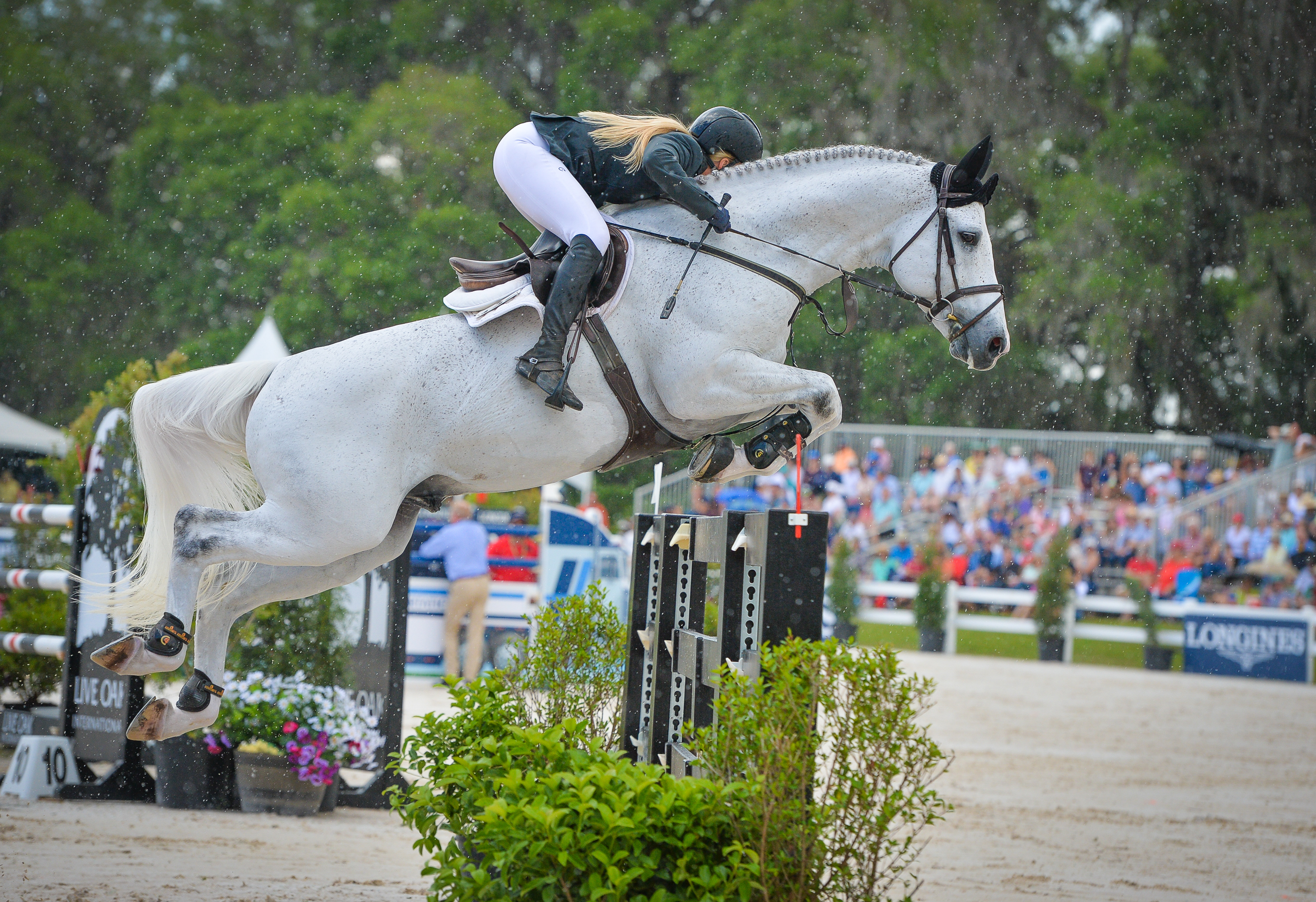 The pressure was on, but Vanderveen and Bull Run’s Faustino de Tili rose to the challenge, securing the first of only three clear rounds before producing the quickest trip of the jump-off to take top honors.

“It’s very surreal for me right now. I’ve always wanted to go to World Cup Finals,” she beamed. “This is a bit of a last minute decision for me to come here and see if we could do something special today and get it. I’m over the moon excited about it. Winning the Grand Prix alone is a big deal to me, but going to Paris makes me really excited.”

Two others joined her in the jump-off, Brianne Goutal-Marteau and former FEI World Cup™ champion Beat Mändli, who finished in second and third place, respectively.

Goutal-Marteau managed a clear jump-off in 52.99 seconds which gave her a second place finish aboard Rose Hill Farm’s Viva Colombia.

“I’m really grateful to have her because I think she’s really special and a great match for me,” she commented. “I think every horse benefits from coming to a show like this. The ground is amazing. The facility is amazing, and the horses are the focal point of the weekend.”

Swiss Olympic veteran Mändli had two poles down in the jump-off to close the weekend out in third place with Grant Road Partners’ Galan S. He was also the recipient of the $10,000 Gallagher/Meller Sport Horses Leading Rider Award which recognizes the rider who accumulates the highest number of points over the three days of show jumping competition.

“[Galan S] tries his best every time he goes into the ring. He really stepped up the last few weeks, so I thought we would try here at Live Oak and it worked out really well,” Mändli remarked.

Goutal-Marteau’s sister, Clementine Goutal, was also in the class with Remarkable Farms’ Darlon van Groenhove. She finished ninth and also won both the $1,000 Jerry Parks Insurance Group Leading Amateur Rider Award and M. Michael Meller Style of Riding Award as the rider that exhibits the best combination of horsemanship, skill and presentation while competing.

Of Sunday’s 24 starters, only the top three managed a clear round across Kelvin Bywater’s challenging track. “I have to say my heart was going quite fast midway through wondering if we were going to get a clear round,” said Bywater. “At the end of the day I want to see good sport, and good sport is about good jumping in the first round as well as a fast jump-off.”

On another spectacular year of competition at Live Oak International, Co-President Chester Weber remarked, “Our family is all about horses and horsemanship. It seems like every horse gets off the truck at Live Oak [Plantation] and takes a big deep sigh and puts their head down to have some grass. This place is a little slice of heaven for horses and it’s my family’s pleasure to share that with these great international athletes.”