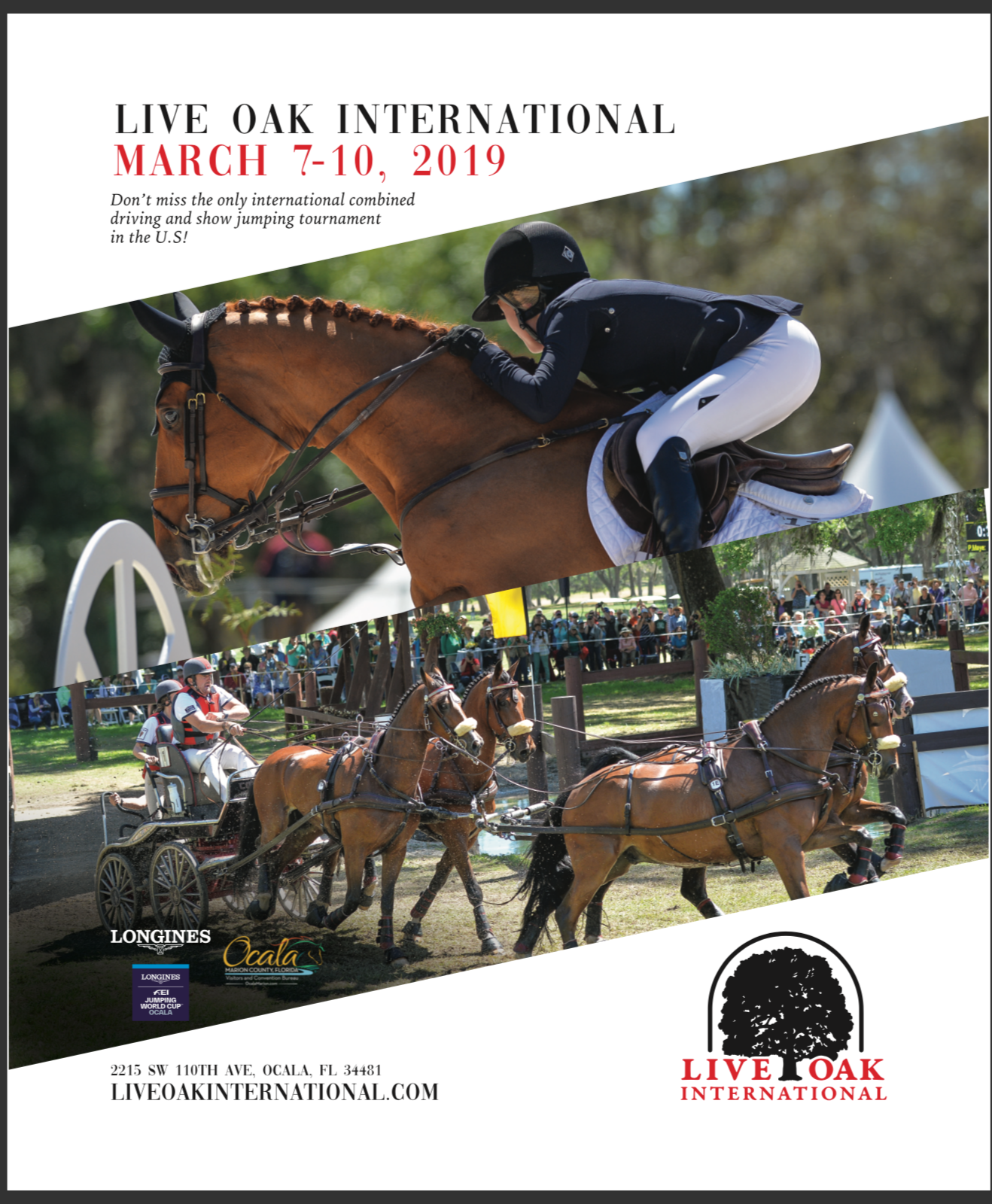 Ocala, Fla. (February 13, 2019)- The only international combined driving and show jumping tournament in the U.S. returns to Live Oak Stud, March 7-10, 2019. Live Oak International, now in its 28th year, attracts equestrian athletes and horses from more than 20 countries to Ocala each year to compete at the world class event.

This year, Live Oak International will host the USEF Combined Driving National Championships for the Advanced Four-in-Hand Horse and Advanced Pair Horse, as well as offer classes at the Intermediate level. Driving begins with Dressage on Thursday and Friday, continues with the Marathon on Saturday, and concludes with the Cones phase on Sunday, March 10. Co-president Chester Weber, will be chasing his 16th Four-In-Hand national title!

Competitors will notice that the competition arena has returned to grass, whereas last year, it had sand-fiber footing. “In preparation for the 2018 event, we began a renovation of the arena. We’re happy to have completed that process, and now offer a state-of-the-art grass arena, with a European textile base,” said Weber.

While equestrian sport is the cornerstone of this unique event, spectators will enjoy performances by the Grandview Clydesdales, a special horse breeds exhibit sponsored by the Paso Fino Horse Association,boutique shopping, the Audi biergarten, and local food vendors. Live Oak International will also host the No Limits Sunday Funday and a car show on Sunday, in conjunction with the equestrian competition.

About Live Oak International
Started in 1992 by Chester Weber, the reputation of Live Oak International has grown each year. Now run by Co-Presidents Weber and his sister, Juliet W. Reid, the show is a world-class equestrian event and is the only tournament in the United States that offers both combined driving and show jumping. For more information about the event, visit www.liveoakinternational.com