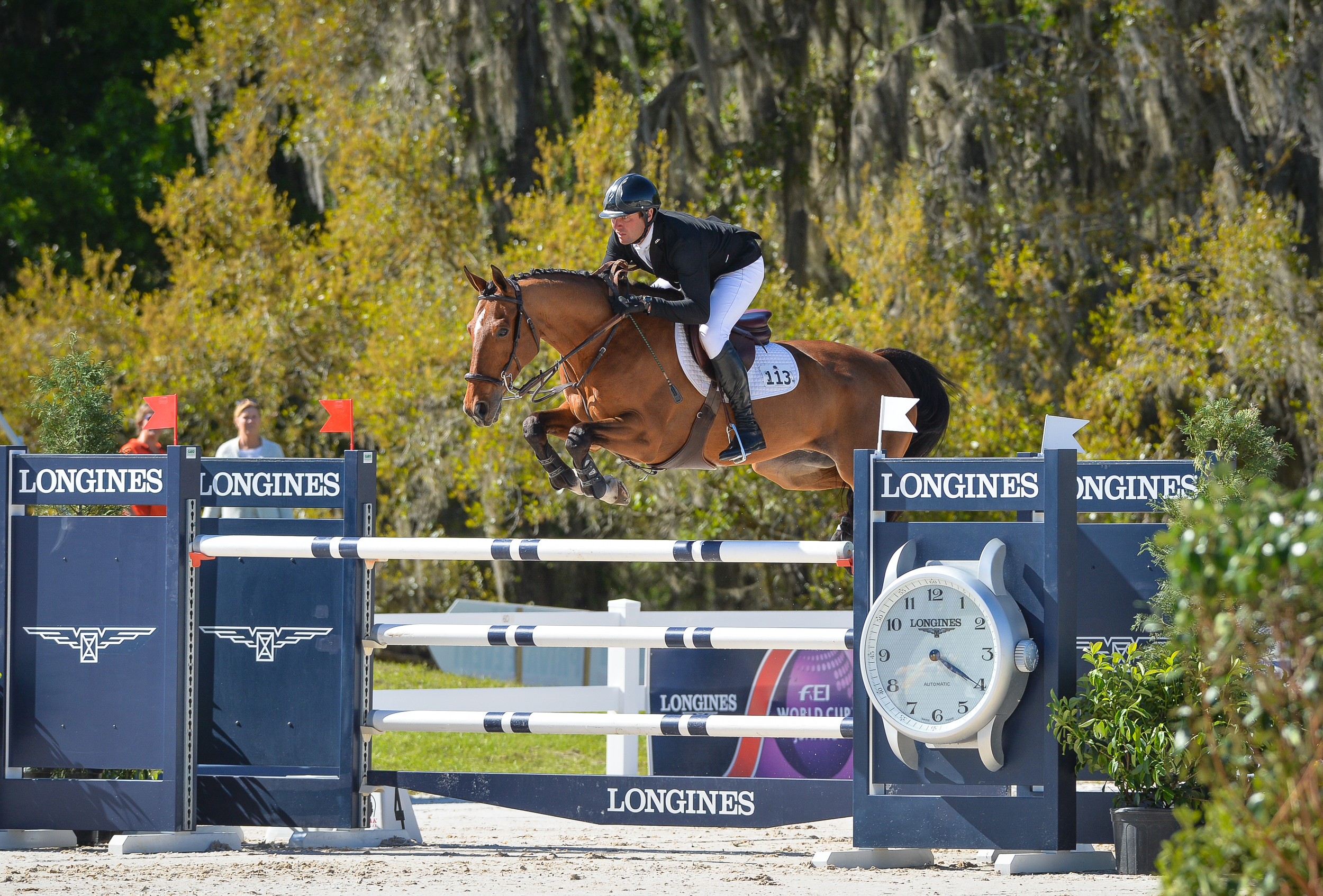 This year, Live Oak International (LOI) will host the USEF Combined Driving National Championships for the Advanced Four-in-Hand Horse and Advanced Pair Horse. Driving begins with Dressage on Thursday and Friday, continues with the Marathon on Saturday, and concludes with the Cones phase on Sunday, March 10. Show jumping competition takes place Friday-Sunday, and culminates with the thrilling $100,000 CSI-W3* Longines FEI World Cup Jumping Ocala on Sunday, March 10. It is the last chance for U.S. riders to qualify for the 2019 Longines FEI World Cup™ Final in Gothenburg, Sweden.

Devin Ryan, a member of the gold medal-winning show jumping team at the 2018 World Equestrian Games, is one of many talented show jumpers who have chosen LOI as a stop on their competition calendar. The New Jersey native won a Longines World Rankings class at the 2018 LOI on his way to an impressive reserve championship at the 2018 Longines FEI World Cup Final in Paris. According to current points accrued towards Longines FEI World Cup Final qualification, it looks like Ryan again hopes to solidify his trip to the annual indoor world championship via Live Oak International.

But, he is not alone! The Final is within reach for riders such as Georgina Bloomberg, Kelli Cruciotti, Katie Dinan, Jennifer Gates, Charlie Jacobs, Beat Mandlï, and Wilhelm Genn—who only needs 1 point to qualify. And competitors cannot count out the prowess of Harrie Smolders—Number 3 in the world rankings. He might not be riding for a World Cup bid, but he is always riding to win.

Heading the list of combined driving entries are the members of the historic 2018 WEG gold medal winning U.S. combined driving team, Chester Weber, Misdee Wrigley-Miller and Jimmy Fairclough. Weber looks to win his 16th Four-In-Hand USEF national title. Lisa Stroud is also entered. Stroud was the alternate for last year’s WEG team, and on the podium for the Four-in-Hand National Championship at the 2018 LOI.

Live Oak International is also delighted to welcome back Jennifer Keeler and Zeppo, in the Intermediate Single Pony division. Last year, this pair won the hearts of spectators! Their success wasn’t just applauded onsite at LOI, but also virally, as their journey was shared via social media. World-recognized Nifty Hamilton, with Makari Design returns to compete in the FEI 2* Single Horse division, Hermitage Farm’s Steve Wilson has his sights on another Pair Horse National Championship, and crowd favorite Mary Phelps comes back with Al Capony and Bugsy Maloney for the FEI 2* Pony Pairs competition.

“This year’s Live Oak International promises to again be four days of excellent sport,” said Weber, co-president of the event with his sister Juliet W. Reid. “We look forward to welcoming some of the world’s best athletes to compete, and members of the Ocala community to enjoy the show, and other family-friendly activities we’ve added this year.”

While equestrian sport is the cornerstone of this unique event, spectators will enjoy performances by the Grandview Clydesdales, a special horse breeds exhibit sponsored by the Paso Fino Horse Association, boutique shopping, the Audi biergarten, and local food vendors. Live Oak International will also host the No Limits Sunday Funday and a car show on Sunday, in conjunction with the equestrian competition.

Started in 1992 by Chester Weber, the reputation of Live Oak International has grown each year. Now run by Co-Presidents Weber and his sister, Juliet W. Reid, the show is a world-class equestrian event and is the only tournament in the United States that offers both combined driving and show jumping. For more information about the event, visit www.liveoakinternational.com