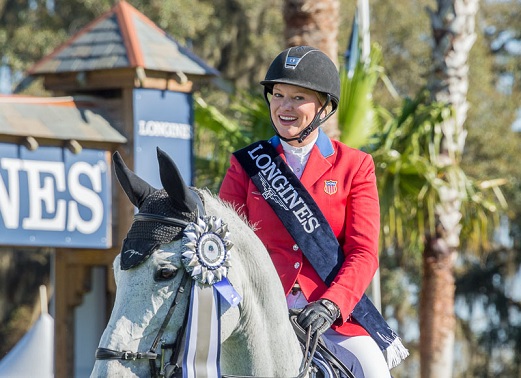 Weber And Little Win Big at The 2016 Live Oak International

On Sunday, Weber won the cones event and finished with an overall score of 173.20 to seal his gold medal win. The cones win came after he won the marathon on Saturday and the dressage on Thursday.

“They (the horses) were very good today. I think it’s going to be a very competitive cones team internationally and I was really, really pleased,” Weber said. 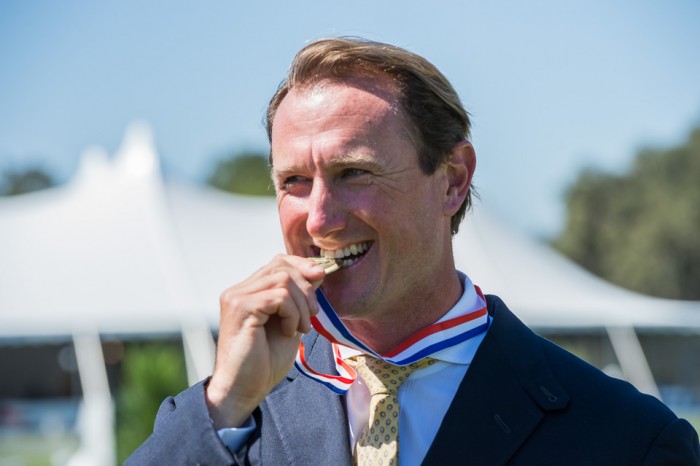 Both the FEI Four-in-Hand and the Single Horse classes at Live Oak were selection trials for this year’s FEI World Driving Championships.

Suzy Stafford competing in the FEI Single Horse class, with her Hall Of Fame Morgan PVF Peace of Mind, won the cones phase on Sunday for her own sweep of the class.

“This show is very different from most of the shows in the States because of the tremendous crowds. That’s really good for the horse to be able to get used to that when you’re preparing to go to Europe,” Stafford said.

Peace of Mind, known as “Hunny,” was the 2015 USEF International Horse of the Year and was named to the Horse Stars Hall of Fame for 2016.

For Weber, the win was personally satisfying, but the entire event was a source of family pride.

“I couldn’t be prouder of my family and the whole team’s effort to get this done. The City of Ocala and the 900 horse farm owners and people who are interested in horses around here, it’s almost shocking,” he said.

Little bested seven other riders in a jump-off to get the win. It was her second win in as many days after she won the $35,000 Live Oak International on Saturday.

Three jumpers posted clear runs in the jump-off with Little’s turn coming in the middle of the pack. Her clear round was the first of the jump-off and stopped the clock in 43.34 seconds.

The next clear round was posted by Chloe Reid in a time of 45.19. Katherine Dinan went last and posted a clear round of 48.61 seconds.

For Little, it was solid proof that she hasn’t lost her show jumping touch since focusing on eventing a few years ago.

“I think that eventing makes me sharper here. There are things I feel do better than I did before I evented. I wouldn’t trade those things for anything and I think that being here in the show jumping ring also allows me to stay sharp for what I hope is coming in the eventing arena,” Little said.

She did leave the door open to expanding her show jumping competitions during 2016.

Chloe Reid, 19, has become one of the up-and-coming stars in the show jumping world. She is Chester Weber’s niece. Weber and his sister, Juliet Reid – who is Chloe’s mother, have helped organize the event on their family’s Live Oak Plantation for years.

“I couldn’t ask for a better placing at a better venue. To do it and sit up here with my uncle and my mom is kind of incredible. It’s kind of just a dream come true today and everything that has been happening this week,” Reid said.

“There’s no more challenging course to jump than a Leopold course. They are always a number of tricks hiding in there, this was no different,” Little said. “(The course) really asked the horse to keep going. It was quite lengthy. It tested them hard, but very fair. It was a real pleasure to jump and a pleasure to be out there.”

Not everyone was so enthused about Palacios challenging course.

“The conditions were very, very good. I needed to give them a strong course with those conditions,” he said. “I had a lot of pressure walking the course. Some of the riders were complaining. They said it was too hard.”

This year’s Live Oak International tentatively broke attendance records and was among one of the most successful. Still, the family will not rest on their laurels.

“We have large aspirations in this family, so you’ll see more from us,” Juliet Reid said.