Morgan, Beallsville, MD, piloted Fuego to the lead in the FEI Single Pony division with a score of 48.54. Their score gives them a comfortable eight point advantage going into Saturday’s marathon, the next phase of competition. In second place is Barbara Chapman from Metamora, MI, with a score of 56.54. 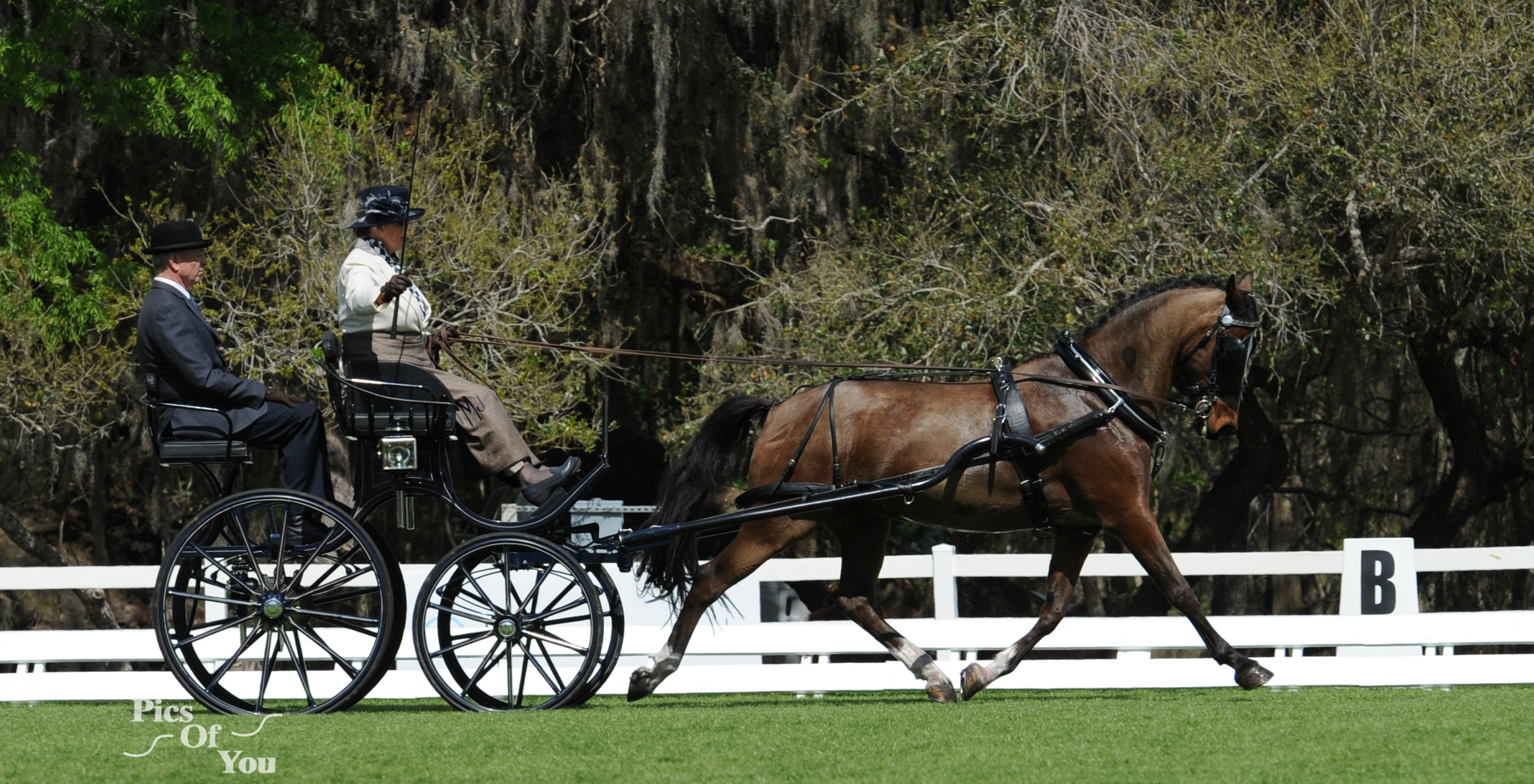 Whaley, Paris, KY, leads the FEI Pair Pony division with a dressage score of 49.79. Winner of the class a Live Oak International in 2016, Whaley hopes to retain the title. In second is Mary Phelps, Columbia, KY with a score of 62.65.

“They were a little tough yesterday,” said Whaley. “But the warm-up kept getting better and better. I want to go to the World’s this year and so that is what we are building towards. I was happy. I thought my extensions were the best part of my test.

“The ponies that I use in the marathon and cones are full brothers, bred in Florida, half Arab half Welsh, and my dressage pony is a Welsh Cob that I borrow from Barbara Simms. I have had them for four years now, and they are bigger ponies for me and they are marathon specialists, as am I. I feel like I have just been to the dentist, and now I get to have fun.” 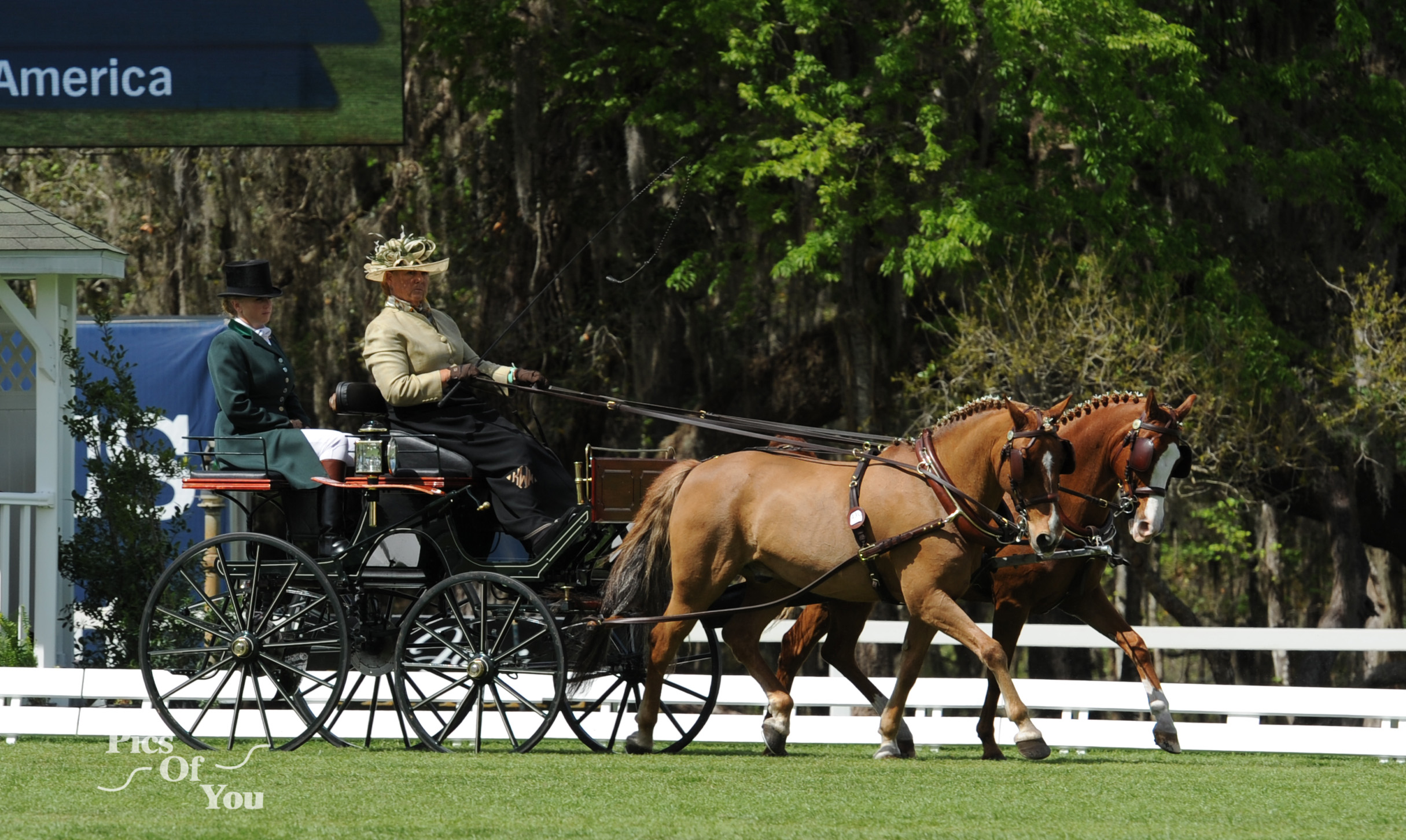 Miller, a relative newcomer to the sport, leads the FEI Pair Horse division in only his third competition. Miller, Paris, KY, scored a 48.90 to take the lead. Following Miller is Steve Wilson of Louisville, KY, with a score of 55.04.

“The mental preparation is the biggest adjustment for me,” said Miller. “Playing polo, you get ready about an hour or two before the match. In this sport there is a lot of mental preparation and that is the biggest adjustment for me. This morning we were walking the marathon course and planning how to get around even before we had gotten through dressage. It is a tremendous amount of mental pressure. It is something I am not ready for and not used to, but hopefully I will get used to it if I want to progress. It is very different from polo. I can tell you that.” 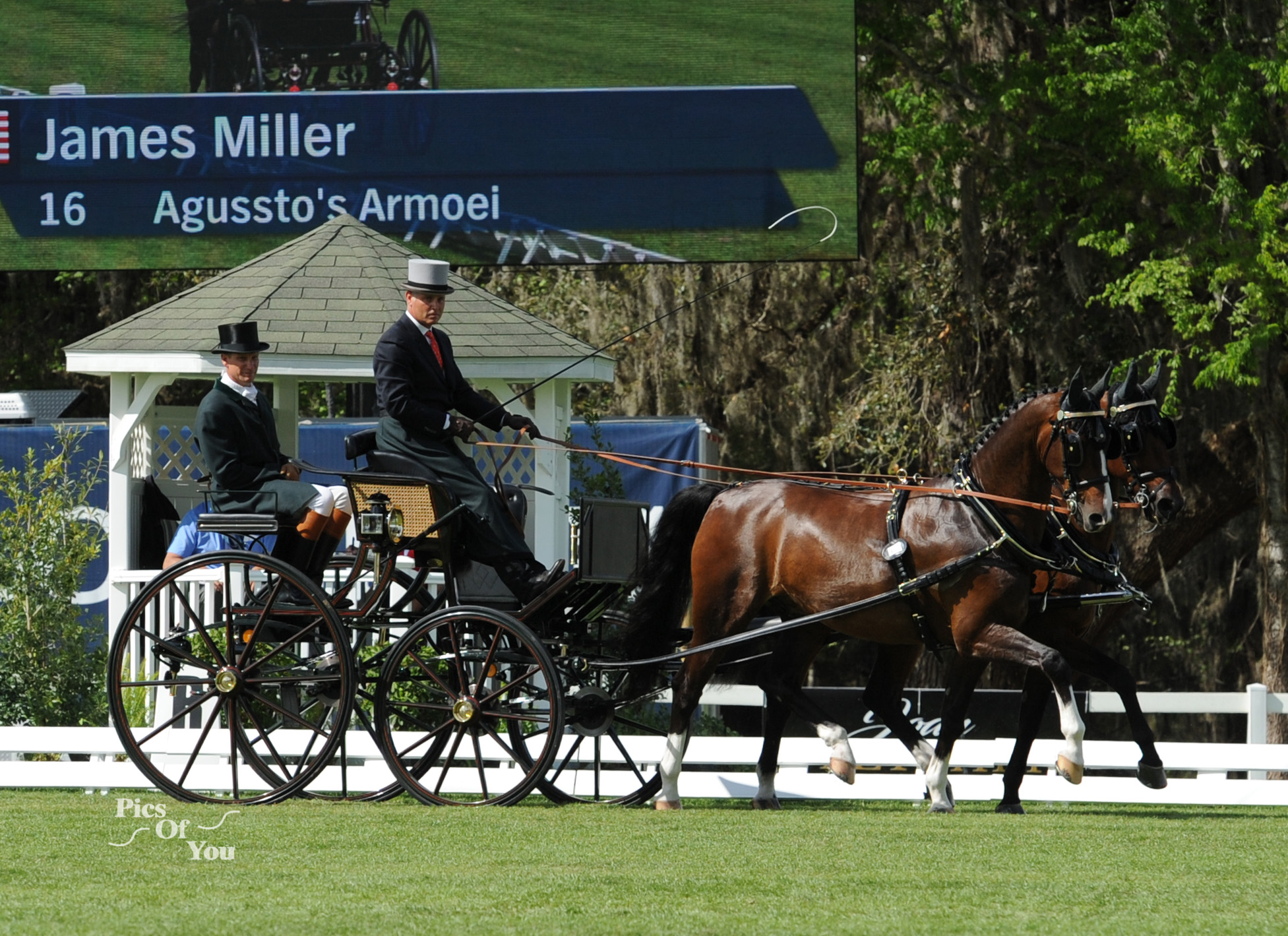 Weber, Ocala, FL, is seeking his record 13th USEF Four-in-Hand title. He drove his team to the lead with a superlative score of 36.51, the best score of the competition. Misdee Wrigley-Miller, Paris, KY, is second with a score of 41.47.

“I have a wonderful team behind me in the barn that do a lot to make sure my gloves are in the right place and all that stuff, so I just have to jump on the carriage and do my job. I am super happy about how my team performed today. After the World Championships we decided we needed some new blood in the team and we have done that. I have one new horse that I have had since the end of September and a new horse in lead. We are finding some consistency scoring back in the 30s and that allows me to sleep a little bit better. I felt like my team was a cohesive block today.

“What I have seen out there walking the marathon course, it is hard. There are a lot of questions asked. There is a lot of running in the beginning and it breaks in after Obstacle 2 with a lot of short questions, and I think that is going to be tricky. After Obstacle 6 there will be some more running then comes Obstacle 7, maybe the hardest question of the day.”

General admission tickets and week passes are all available online
at liveoakinternational.com/shop/.

Started in 1992 by Chester Weber when he was only 18-years-old, the reputation of Live Oak International has grown each year. Now run by Co-Presidents Chester Weber and his sister, Juliet W. Reid, the show is a world-class equestrian event and is the only show in the United States that offers both Combined Driving and Show Jumping. The show is home to five USEF National Driving Championships and is the final leg of the 2017 Longines FEI World Cup™ Jumping North American League. Live Oak Plantation is also home to Chester Weber’s training program.