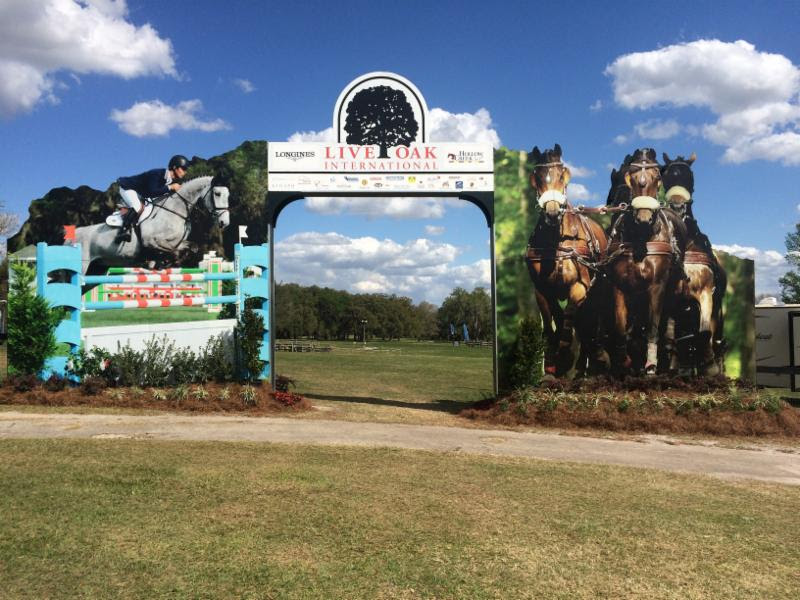 Live Oak International is featuring a new Spectator Judging app for the Dressage tests during its CDE Driving competitions. This will allow spectators a unique chance to be an unofficial judge during Thursday and Friday’s Dressage phase. Spectators will experience hands-on what it is like to be a Dressage judge by awarding grades for each movement and seeing how they compare to the scores that the official judges award.

“We are excited to add this fun and interactive app to our program,” said Chester Weber, co-president of the event. “This allows spectators a chance to judge alongside the event’s judges bringing them inside the judging experience and giving them a chance to see how their scores compare to those of the official judges. It should add some fun for everyone!”

Spectator Judging was developed in 2013 by German national judge Daniel Göhlen along with his Black Horse software team of Munich, Germany. After becoming increasingly popular in Europe, it was successfully launched in the United States at the 2016 International Omaha and will be making
its way back to Nebraska for the FEI World Cup Finals Omaha 2017 at the end of March.

This app allows every spectator to score each test as if they were sitting in the judge’s box, awarding grades for each movement of the horse and driver. Although spectators’ scores do not influence the official results, the focus of the app is to engage the fans and improve fan involvement within the sport. It also allows spectators to see how close their results are to the official ones, testing their judging skills throughout each test. Spectator Judging is available for both Android and iOS devices through the app store.

Competition begins each day at 9:00 a.m. and continues through the afternoon. Over 10,000 spectators attend each year so everyone will want to be sure to arrive early. General admission tickets are available online or at the gate for $10 per person, with a portion of the proceeds going to Marion Therapeutic Riding Association. Children under 12 receive free admission. Parking for the event is free.

Live Oak International offers spectators a unique opportunity to get a true front row seat for the action during the marathon phase of the combined driving event. You and your friends can get a clear view of the horses and carriages as they speed through the complicated made of fences or splash through the water hazards. Every spot includes a 12×12 space with 1 vehicle pass and 6 general admission tickets. If you’ve not seen the combined driving marathon phase, few sporting events – equestrian or otherwise – can match it for breathtaking excitement! A limited number of tailgating locations are available at each of the seven obstacles during the marathon portion of the event on Saturday, March 11. Sign up online at https://liveoakinternational.com/product/liveoak-tailgate-reservation.

Started in 1992 by Chester Weber when he was only 18-years-old, the reputation of Live Oak International has grown each year. Now run by Co-Presidents Chester Weber and his sister, Juliet W. Reid, the show is a world-class equestrian event and is the only show in the United States that offers both Combined Driving and Show Jumping. The show is home to five USEF National Driving Championships and is the final leg of the 2017 Longines FEI World Cup™ Jumping North American League. Live Oak Plantation is also home to Chester Weber’s training program.

« What Does “On the Bubble” Mean?
Did You Hear? Chloe Reid Won this Year’s Hermes Award from the USET! »