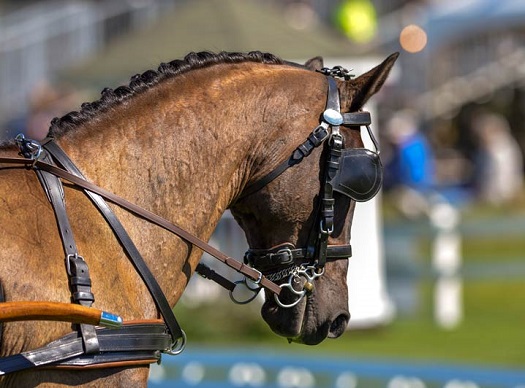 Chester Weber got off to a strong start in his quest for an unprecedented 13th USEF Four-in-Hand National Championship with a win in the opening phase of the 25th edition of the Live Oak International combined driving event.

Weber brought out his team of KWPN Dutch Warmbloods: Boris W, Danzer, Para and Ultra for a score of 45.25 in the driving dressage test on Thursday. 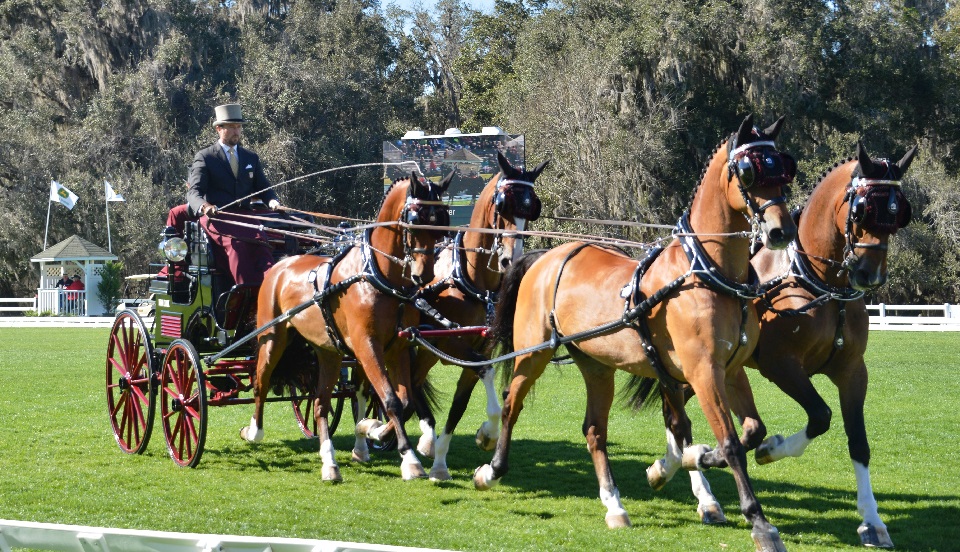 “I was very pleased with them,” Weber said of his team. “I think the horses did a nice job. It wasn’t perfect, but it’s early in the season. It was certainly good enough to win today. There are little pieces here and there that I can say I’d certainly like to see better, but in general, I was pleased.”

With Thursday’s win, Weber has set the stage for a 13th national championship. He needs to do well in Saturday’s marathon competition and then Sunday’s final phase in the obstacle course.

“Thirteen is a lucky number in my family. We try our hardest. It’s not just me driving. There is a wonderful support team behind me. Everybody is working as hard as they can to try to get it done. We’ll see how it shakes out on Sunday, but certainly to start off the weekend on top is a good place.”

Misdee Wright-Miller was second on the day with a score of 49.49 with her team of Beau, Calipso, Diplomaat and Saco.

Suzy Stafford and her super Morgan PVF Peace of Mind continued their winning ways with the top score during the FEI Single Horse Driving Dressage at the 2016 Live Oak International. The duo scored 43.58 on the first day of the competition. Peace of Mind, known as “Hunny,” was the 2015 USEF International Horse of the Year and was named to the Horse Stars Hall of Fame for 2016. Stafford is seeking a third straight USEF Single Horse Driving Championship. Leslie Berndl was in second place with a score of 49.71.

Tracy Morgan got off to a great start in the FEI Single Pony competition with a score of 52.33 with her German riding pony Fuego. Morgan won the 2015 USEF Single Pony Championship during the Live Oak International. Miranda Cadwell was second with her Welsh Pony Cannon’s Majestic Leyla with a score of 61.18.

Friday continues with preliminary class driving dressage and is also the first day of show jumping with the $10,000 Waldron Private Wealth 1.40m Power and Speed and the $35,000 Sovaro CSI3* Longines World Ranking Competition. The competition continues through Sunday, Feb. 28.